The British Kebab Awards is a true celebration and drawing key figures from all sections of takeaway and restaurant sector. As a reflection of the kebab business’ significant contribution to the UK economy and British culture, the awards invite a large group of VIPs, prominent politicians, journalists and in particular the nation’s hard working restaurant workers for an evening of celebration.

Our local kebab takeaways and restaurants are the beating hearts of high streets. More importantly kebabs are becoming part of our lives. They have gone through a change in public perception, from once being viewed as an unhealthy late night snack, they are currently delighted in various forms and varieties. We eat them as a formal meal with loved ones, as a quick lunch, or indeed after the pub.

As a nation we’re proud of our local people; we love to think our town makes a claim to the best kebab. This is how Britain loves Kebab takeaway and restaurants. This is how we are proud of that they’re important part of the fabric of our diverse communities.

We’re rewarding the dedication of local kebab takeaway and restaurant owners all over the nation, recognising their contribution to our economy on a national scale. We’re thankful to the unsung heroes, the dedicated people behind the incredible little kebab takeaway and restaurant places. In addition, we are giving individuals to say definitively that they have the best kebab restaurant.

The kebab business is worth over £2.2 billion to the UK economy and has been an essential part of culture for quite a long time – it’s a good time to recognise and further promote its contribution! 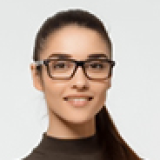 Surge In Online Marketing During Lockdown

Black Friday: What Are The Big Online Giants Planning?

This error message is only visible to WordPress admins